My eyes filled with water instantly, my body felt like a shaken pop bottle ready to explode with emotion and excitement as my eyes feasted on El Cap.  I began screaming out my window “El Cap mother fucker.”  It doesn’t even make since but I was back in Yosemite! It had been two years since I had felt this magical feeling.  After a nights sleep I hiked up to the top of the Prophet and tried the A1 beauty a few times. “ This pitch is nails hard I thought” after struggling to do many of the moves. 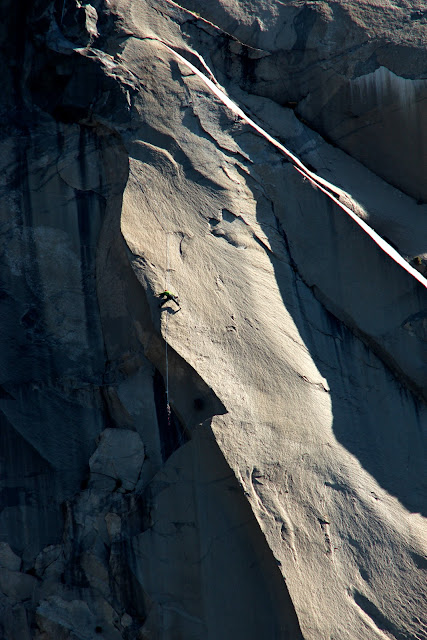 In early may I felt the magical feeling again of driving into the valley and was ready to send some routes.  After a 13 hour drive from SLC I stuffed my food in a bear box and hiked up to the top of El Cap.  As I gazed out at the sunset eating dinner and drinking tea I thought how accessible El Cap is.  In one day one can drive from SLC and be on top of El Cap.  The next morning I revisited the A1 beauty and did the opening moves first try. 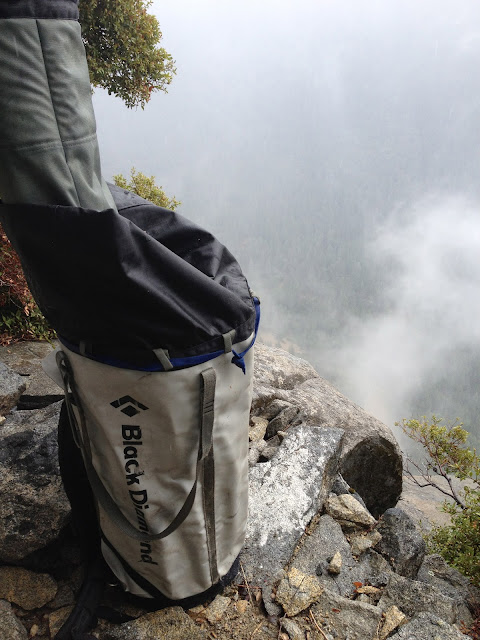 Hiking a load in the rain/snow

I was stoked all the Crimp Shrine and finger strength sessions had paid off.  Over the following two weeks I fixed the route and began putting the route together.  Climbing by yourself on El Cap can get lonely but in a way it is also liberating.  You can sing to yourself and shout ridiculous shit without anyone hearing or caring if they do. 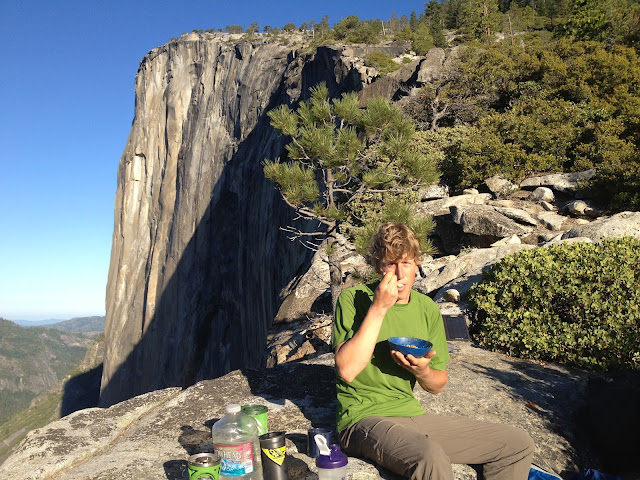 Breakfast before rapping in

After days and days of effort I was ready to hike up to the base and climb the route with a great friend Madaleine Sorken.  It was my Birthday and as we approached the base water was pouring down the slabs.  We where forced to hang out for 2 hours to let it dry out.
Trying to use my powers to dry the slab 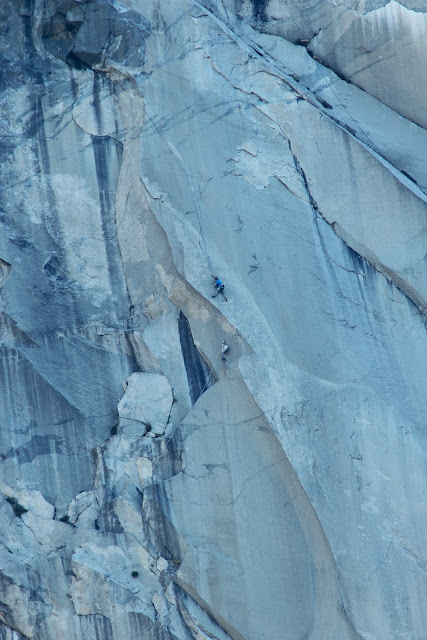 another shot of the A1 Beauty Photo Tom Evans

The first pitches went smoothly with the R pitches not bothering me as I turned my mind off and simply climbed.  By dusk we where at the Devils Reacharound that was my variation to avoid a mind boggling 7 foot sideways dyno to a side pull.  I gave The Reacharound two attempts to figure out the moves then threw in the towel for the day.  Madalaine had a surprise for me as she pulled out two cup cakes with a smile on her face.  She sang me happy birthday it was dreamy haha. 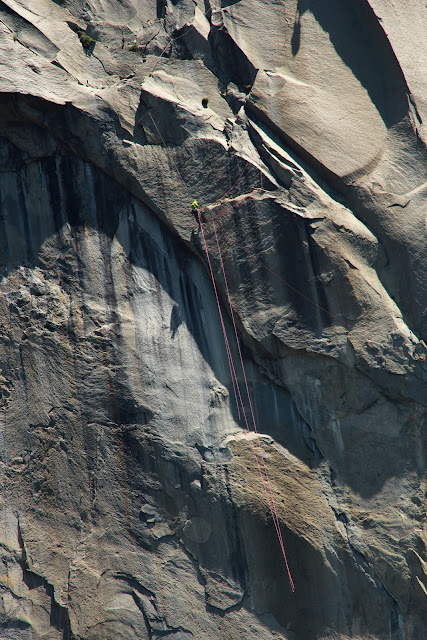 After the Devils Reacharound with the pink power nano rope

The next day we woke up super early and after some effort I was able to send The Reacharound.  By this time the A1 Beauty was in the sun so I decided to wait until evening to give it a go.  We slept and listened to the Steve Jobs biography to kill the time. 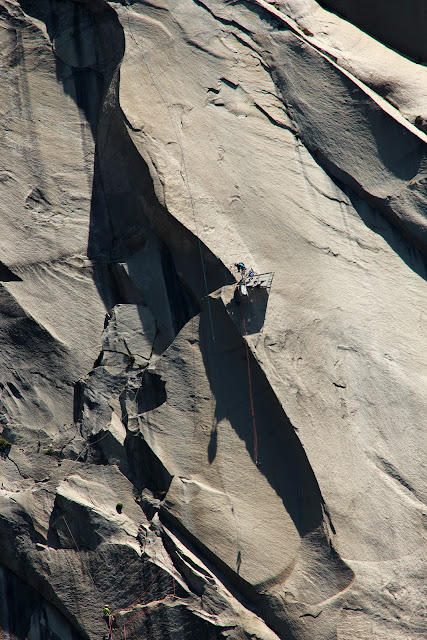 Waiting for the shade to come

At 5 P.M. I booted up, ripped off the tape covering my gobied finger and pulled on so hard my feet popped off.  After a few minutes of rest I pulled on again and felt great moving effortlessly while feeling feather light.  I quickly found myself at the rest before the final crux.  Breathing deeply I began climbing up the delicate moves then gritted my teeth and gave the final big move all I had screaming.  My finger gushed blood but I did not care I had sent the A1 beauty.  I screamed “I am the mother fucking pterodactyl” and then slouched in my harness and laughed.

There was still one last pitch with a difficult boulder problem that took many attempts but I finally made the move and climbed the remaining of the pitch by headlamp.   I could finally relax completely knowing that I would not have to climb any more dangerous R pitches.

Madaleine and I are currently in the JFK airport on my way to Kyrgyzstan to climb some of this stuff.   I will try to update if internet is available.