$350 for hiking a load to the top of El Cap and Half Dome how could I say no?  Madaleine and I agreed to launch off on El Corizon in two days on 6/7.  It was 6/5 and I as hiking the first load of 40lbs. to the top of El Cap .  After a few hours I dropped off the load and Madaleine and I climbed for the day on the upper pitches of El Corizon.  After jugging out I picked up some climbing gear that was dropped off and hiked it down.  After a quick dinner I went to sleep at 11P.M. My alarm went off at 2 A.M.  and I was off hiking another 40 lbs. to the top of half Dome. What a rest day haha.

The remaining of the day was spend packing up our haul bags.  This was going to be my first time hauling on El Cap.  We began climbing at 4:30 A.M. and climbed to mammoth fairly quickly.  This is where the hauling began and my inexperience began to show.  It took us the majority of the day to do 3 pitches to a ledge.   We both managed to figure out the beta on the first 5.13 pitch called The Beak flake for the following morning. 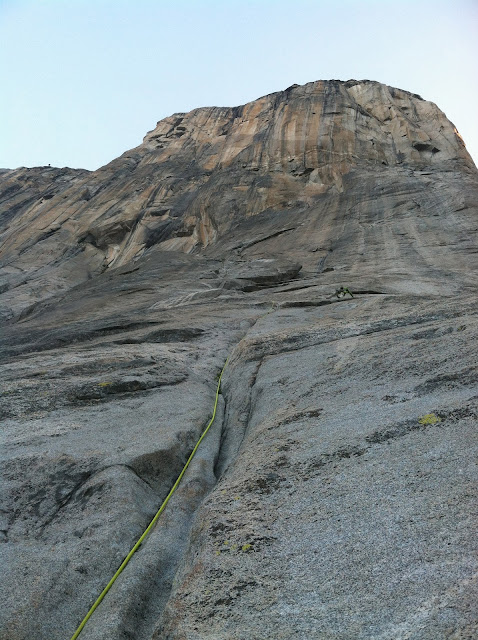 Climbing up freeblast early in the morning 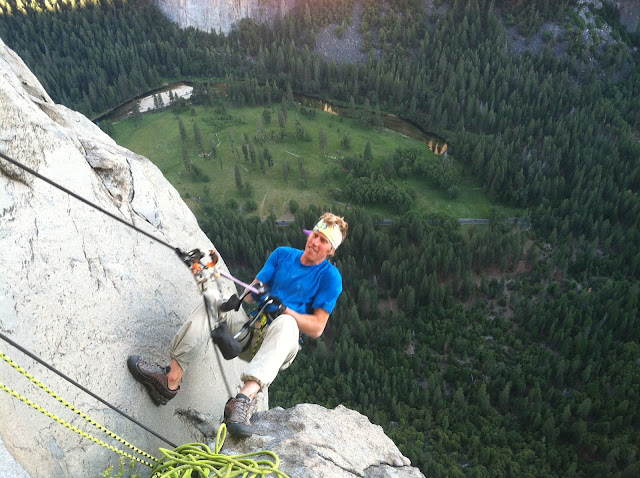 Hauling is a slow but rewarding process

The next morning we both sent the Beak Flake.  The next pitches went quicker than the previous day since we got our systems more dialed.  After a few pitches we found ourselves at the base of a 5.12d pitch that was protected almost entirely with peckers.  I fell once and then sent second try as did Madaleine. 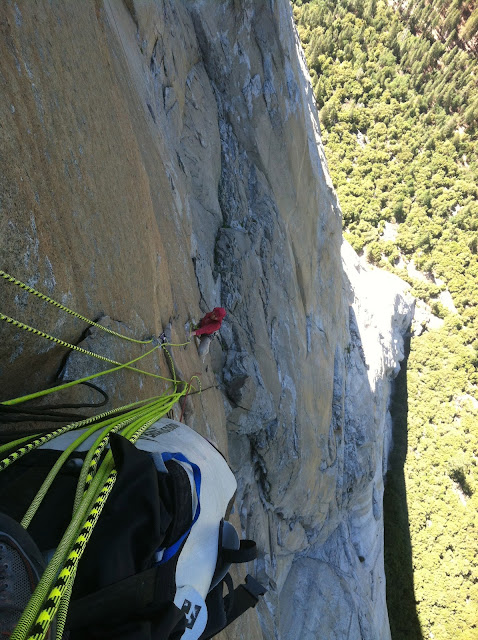 The next pitch is called the Bunny Slop and is a 5.12c R pitch that even Alex Honnold was scared on.  While talking to Alex the word “very exciting” was said many times.   I lead out with a hammer clipped to my harness along with peakers, blades, and a bunch of other aid gear I have never used.  Clipping a blade pounded behind a flake that moved with the slightest amount of pressure I began laughing.  It was comical how awful the gear was.  I committed to the technical and delicate moves and at one point felt my body coming out from the wall.  I tensed up and was able to regain my balance saving a horrifying fall.  We spent the night here and the following morning we lead the whole corner system that included some of the best climbing on the route. 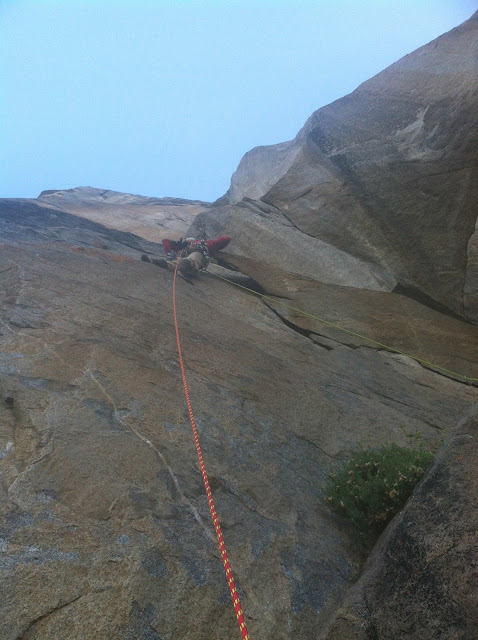 Madaleine running it out on an amazing 5.10 R pitch

Madaleine bone crushed as she sent everything first try and some of the pitches she had not red pointed previously.  Spending the night on tower of the people was a treat with it being in an amazing position on El Cap.  The following morning we sent the two hard pitches first try and went for the summit that turned out to have one last treat for us.  Our haul line got stuck behind a block and since I linked the last pitches we where unable to hear each other.  This led to an extremely frustrating game of tug-a-war until finally our lines freed. 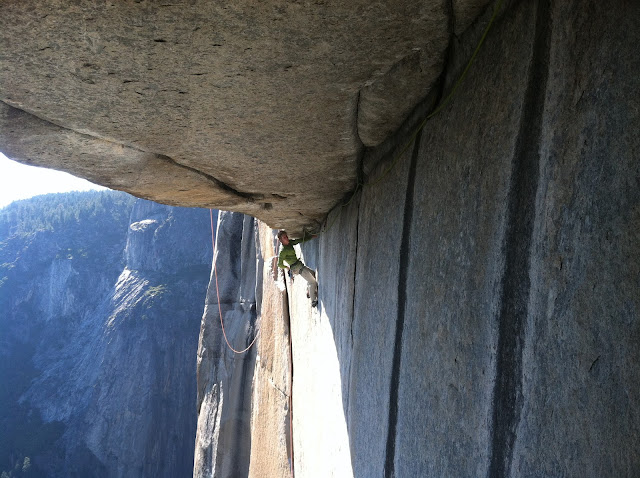 Me on the jaw dropping roof pitch 5.13b

We hiked down and had a victory jump off the El Cap bridge into the Merced to cool off.  This was a great route that is fairly adventurous.
Posted by Nik Berry at 10:33 AM