Climbing in a gym is a great thing to do in the winter for the convince and efficiency. One can knock out 20 routes in two to three hours; however, too much plastic can take its toll on the psych. This is where i am right now so i decided to say FUCK IT and head to AF for some climbing on real stone. The approach was snowy but there was a descent boot pack. At first glance of the wall i was amazingly psyched for the reason that the wall looked dry. Oh how i was wrong! standing under the wall there were large drops of water coming off and every route was wet. The warm up was soaked from head to toe so a lld it was and the climbing was good just wet. I then went to check out The Shinning and that was completely soaked as well. However, with my new attitude i said FUCK IT and got on it anyway. I figured out all the moves and the went pretty easy first try to the crux. I was perplexed for a minute as i was trying a ridiculous sequence that was most likely v9 because i thought a underling was off. once i used the under cling those moves went first try except for the final so called "low percentage move." The holds where ridiculously wet and i did not do that move but made the lock off so i am sure i can do it. 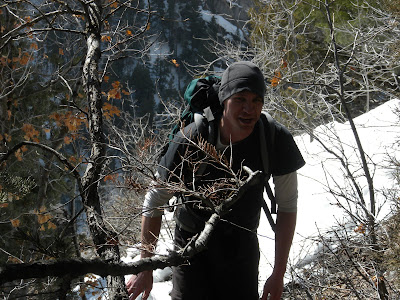 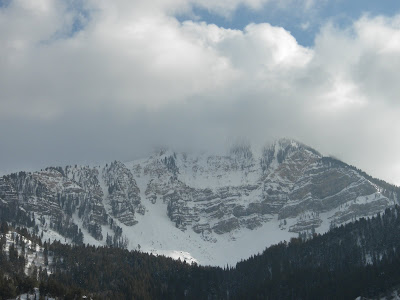 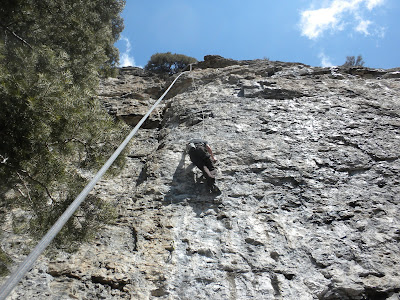 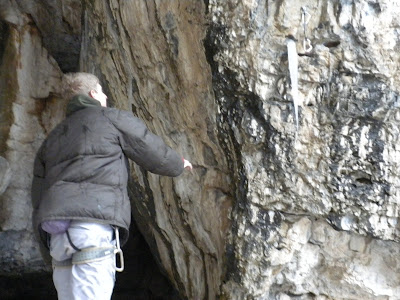 I had to knock off an icicle that formed in one of the pockets on the route. Once i knocked it off there was still ice in the pocket though. 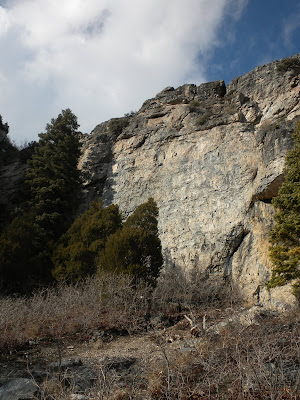