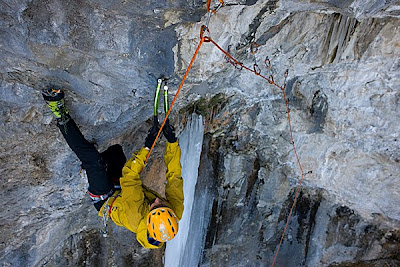 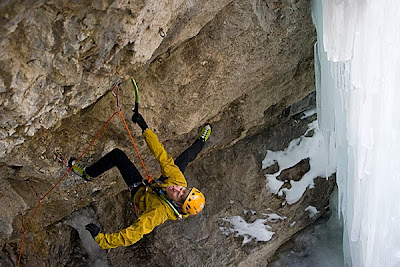 Miah, Jay, Travis, and i all went to Santaquin Canyon a week or so ago to shoot some mixed routes and hopefully the candle stick as well. The mixed climbing was good i did one route that has the word baghdad (M8+) somewhere in it. Then i tried another that was supposed to be M9+ but everything felt supper doable to the last five feet and there where not holds. I think you might have to traverse left. Here are some pics of both routes shot by the JBY (Jay Beyer) thanks Jay its nice when the photographers i go out with are nice enough to email me some shots to post! Cough Miah Cough Miah!
Posted by Nik Berry at 10:44 AM