So me and joe did Golden Gate at it was amazing to do the route with conditions the way they were. We rapped in and checked out the Golden Desert pitch and the A5 but we left the rest up to chance. This was for the reason that Joe did not have much time and it was fun having some unknown in the route. The first day we climbed up to the 12c down climb and fixed our lines. Day 2 we sent the down climb once we abandoned some horrible beta of double thumb pressing. We finished off the day by running up some scary 5.10 pitches and fixing to the top of The Move pitch. Day three was a planned rest day and it would have been anyway because it dumped rain. The forecast called for 80% chance of rain and it turned out to be raining the whole day. I used a BD tripod tent and did not set up the poles like a true DUMB ASS. The result was me getting soaking wet. Just as i was really wanting to bail I went into the alcove cave and it was dry so i was able to warm up and that really helped the psych. Joe and i made some nice hot coffee and felt much better. The next day it was clear but cold so we hung out a while and had 2 french presses of coffee and 2 breakfasts YUM! We jugged to the top of the move and it stumped me at first then Joe figured out the trick. You have to use the meat of your palm and pinch with a index finger wrapped around the top of the hold and it felt very bizarre but not too hard. After we both sent this pitch it started raining again so we chilled on the ledge for a while and luckily it passed and we where able to get some more pitches in. We made it up the the Tower to the People and fixed down. The following day was more draining than we expected. We got up at 5:30 and got are shit together and started jugging to The Tower to the People. This took some time and due to the how steep this part of the wall is it was much more taxing than we expected as well. I lead the Golden Desert pitch and the A5 traverse with wet holds and all. We had to chalk the hell out of them and it felt much harder than it should have if it was dry but we maned up and sent. The following pitch is a 12a traverse that felt kind of hard and then it was the incredible razor-blade pitches to a kind of scary and strange 11b ending. We got to the top and tried to hurry for we wanted to make the pizza deck before it closed so we started reapping and thanks to Stanley and Eric it went faster than expected at 3:30 min. Not bad. Overall it was an amazing route with lots of traversing but also fun climbing on mostly great rock. 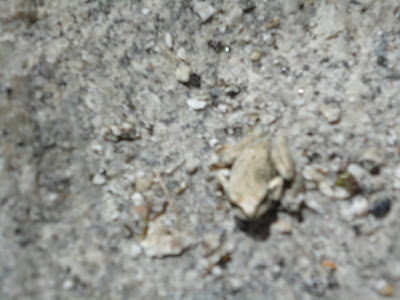 A frog at The Alcove how it got there i have no idea but with the excessive amounts of rain staying alive is not problem. 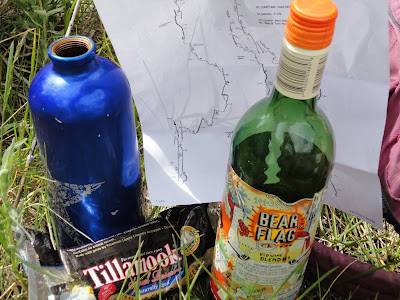 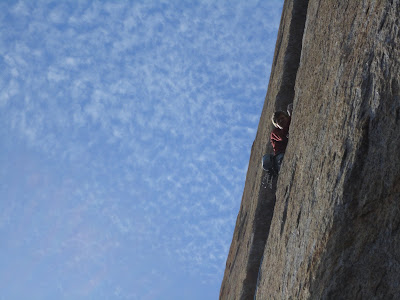 Me on The Monster 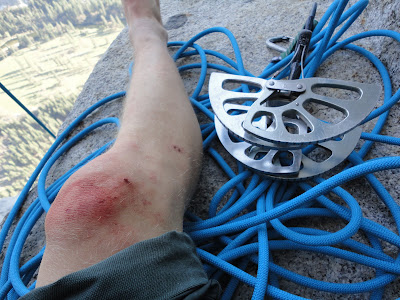 The aftermath of The Monster OW 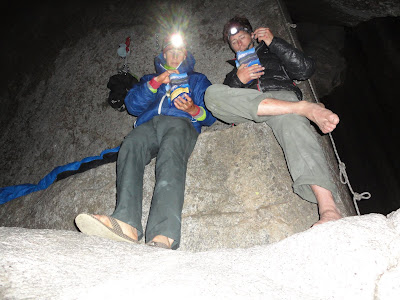 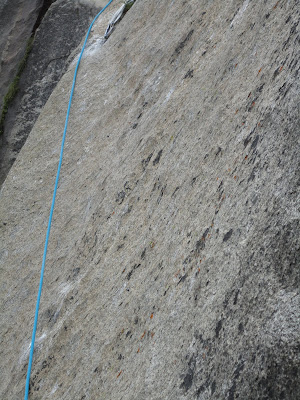 The 12c slab down climb that is actually pretty cool even though it sounds retarded. The crux hold has a rad thumb catch with a two finger micro crimp on top. 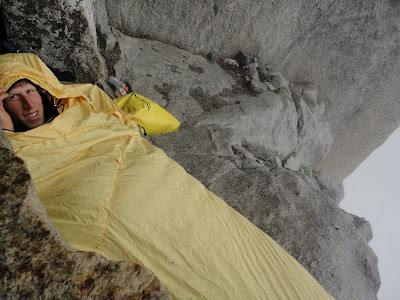 Almost ready to throw in the towel due to being soaked and the rain showing no signs of stopping. 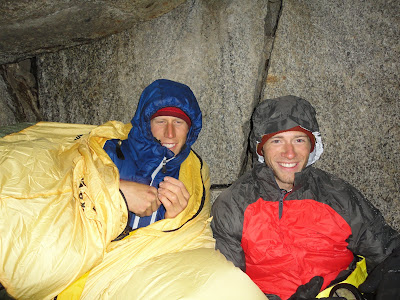 We had to retreat to the Alcove Cave where it smelled like shit because some Euro trash party was dropping bombs off the side. Even though it smelled bad Joe and i were stoked just to be dry after 5 hours of hellish rain. 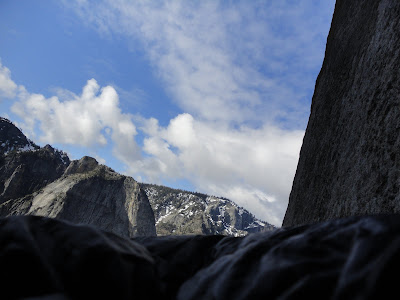 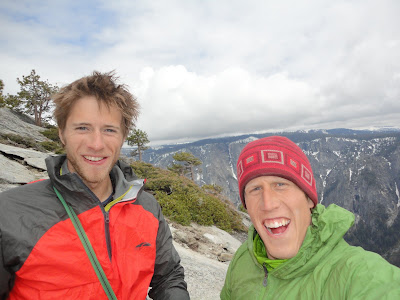 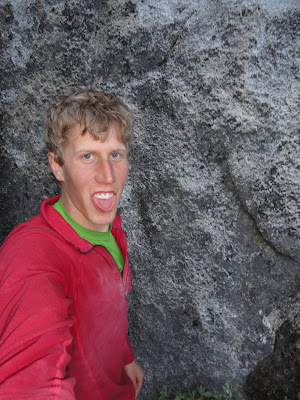 after rapping and getting our shit. Feeling a little on the beat side. 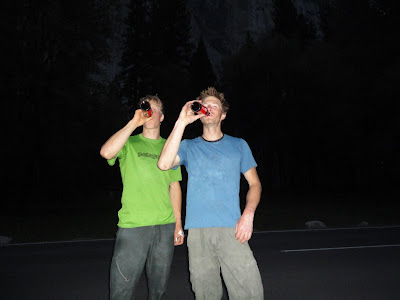 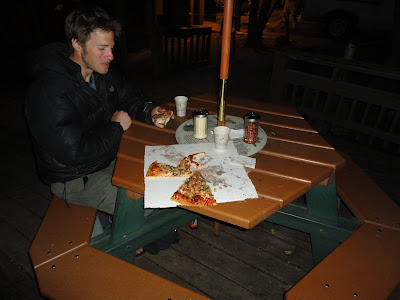 Pizza and Beer never tasted so good
Posted by Nik Berry at 9:08 AM