Our plan to tackle the Salathe was to get a alpine start in hopes of getting to the boulder problem in the shade because the valley was heating up quick. 90 degrees is not sending temps so we had to do what we could to make the climbing easier. We started climbing at about 3:3-4 A.M. We simuled up to the Monster in 2 blocs Cody Sims leading Freeblast and I took it to the Alcove. The Monster seems to feel every time I do it so maybe one day I will be able to do it like a man and leave the wrecking-ball 6 Camelot behind. We made good time and Cody was able to give the boulder problem a few goes before the sun hit but we both ended up sending in the sun but the wind was a blowin so it was fine. We made it to the bloc by 1:30 so we got a nice nap. Once we began going through our stuff we found what I first thought was piss. I knew Kate and Madeline had just done Freerider with Mikey Schaefer Shooting them so I was thinking they fucked with us by leaving this behind real funny. Then i opened it up, smelled, and my eyes blasted open "Fuck Ya" I said to Cody its whiskey. As it turned out Mikey hooked it up. Thank you soooooo much Mikey you are The Man. We spent the rest of the day eating and drinking for we had a ridiculous amount of food. I think we could have spent a week up there and still gained weight on the wall. The next day was a rest day and we just jammed out to tunes and chilled or should I say sizzled(it was hot as hell). The 3rd day we woke up at 5 packed up and got climbing the corners where wet as ever but we got through them and the roof and were standing at the base of the headwall. I could really feel the pressure for the reason that it was so warm we knew each of us only had one go before the pitch went into the sun and then it would be unclimbable. We would have to wait a full day just to try the thing again. The lower 13a part felt relatively easy so i was stoked on that and i did feel a little pump but nothing major through the easier section. As I started to climb through the flared fingers to hands i still felt good. The bulge has always felt like the crux for me so i rested and went. I felt like i was going to fall out of every jam. The heat made it greasy as shit but i sum how got through it to upper finger splitter and that felt supper easy and then i got the bad ass bat hang and de pumped. the upper part went easily except for me being retarded and putting my foot too low and almost not being able to reach the pin scar but i barley snagged the hold and sent. I was sooo psyched. I then rapped down and belayed Cody as he sent the headwall Ledge to Ledge too. This is the first team free with both parties leading the headwall ledge to ledge and we are very happy and grateful to have done it. We then had to haul a full 600ft. up to Long Ledge so shitty that is why I dont haul but i did do some innovative hauling techniques. The 12a sport pitch is sick and is so fun after the stressful headwall. Once on top we ate a excessive amount of trail mix that was amazing because all the chocolate melted and made it into clumpy goodness. Going down sucked with massive pack but all is good when you just sent the Salathe ledge to ledge. 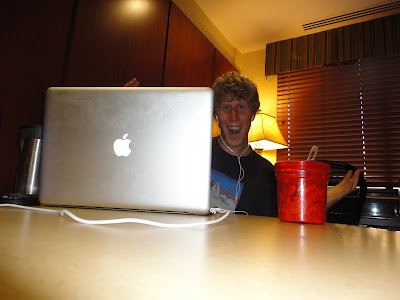 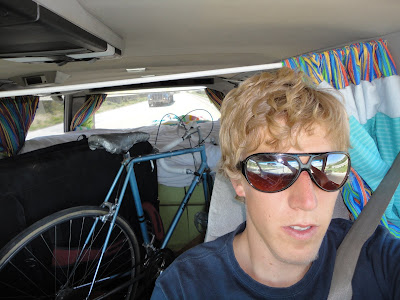 Driving home in Blue( my van) your my boy Blue 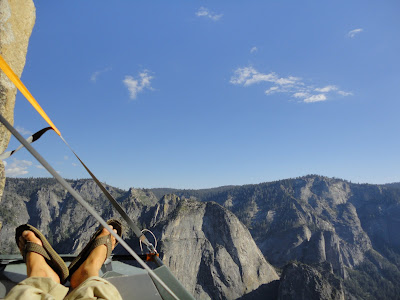 Chilling on the ledge 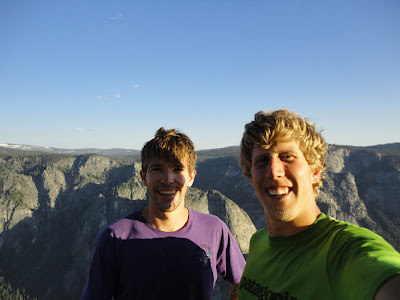 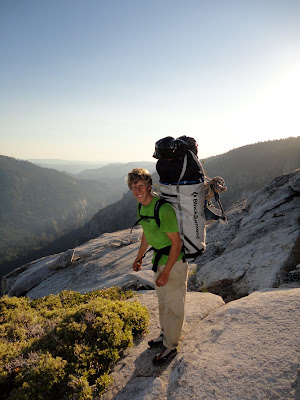 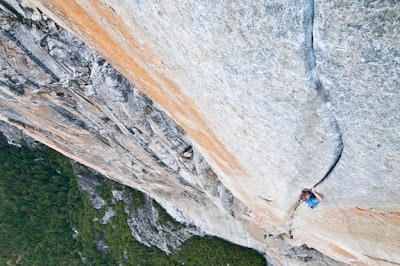 Me sending the headwall such a good pitch 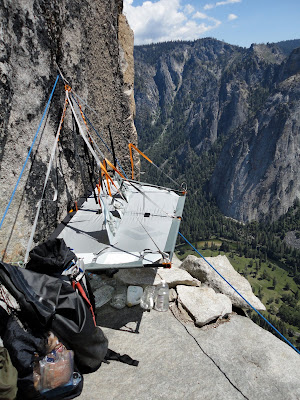 Our Pad. Nothin but luxury for us 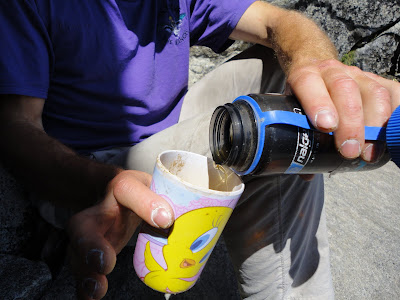 Pouring the whiskey Mikey left use into Tweety THANKS MIKEY!!!!


Untitled from Nik Berry on Vimeo.

Check out my sweet hauling technique( I have no idea how to haul so this was some mandatory improvisation) and the Rock Paper Scissors match for who carries the poo.
Posted by Nik Berry at 6:51 PM